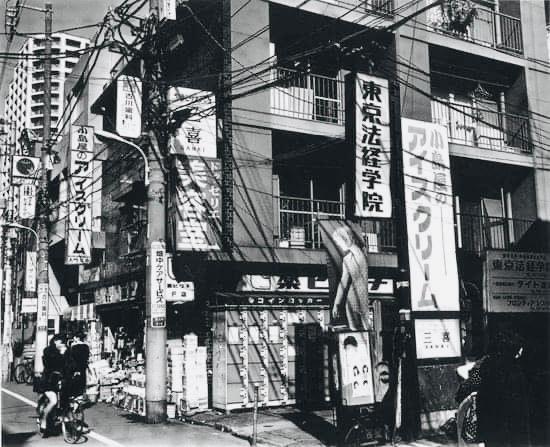 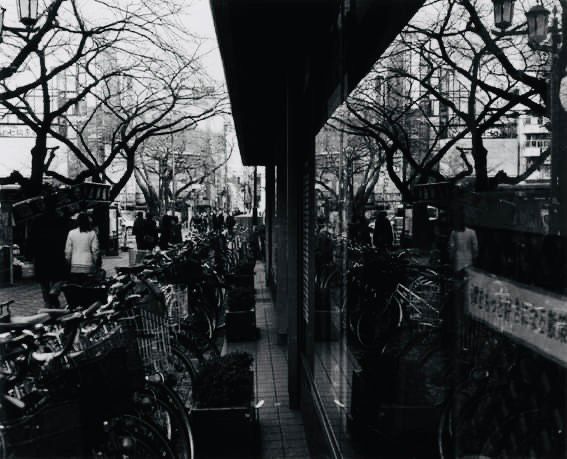 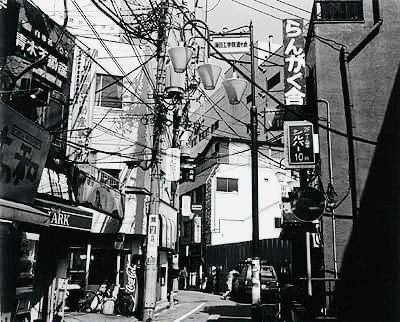 A conversation with Osamu Kanemura

Fuyumi Namioka: Kanemura consistently works on black-and-white shots in the centre of Tokyo. His images are strongly linked to daily life and through cut-out images which do not immediately appear to be related, he tirelessly seeks the hidden codes of living in Tokyo.

“Taking photographs was how I first became interested in Tokyo, the city in which I was born and grew up. During the bubble years of the 1980s, whole forests of weirdly designed structures sprang up, and it became fashionable to analyze the symbolism of space in Tokyo.

The number of non-Japanese architects involved in projects grew, transforming Tokyo into a museum of global architecture and suddenly attracting the attention of those who called it a new type of postmodern city”

“In the past, critics had routinely insisted that Tokyo lacked the cosmetic beauty characteristic of modern European cities. They described the cityscape as “chaotic”. Later on, that very chaos was seen as a futuristic chaos transcending the structures of the modern city”

“Tokyo’s “Asiatic confusion” had become the focus of a new exoticism, but one that ignored history. Whether one approved or disapproved, one thing was clear: the idealized image of Tokyo as chaos kept on going, despite having no factual basis.

Chaos or cosmos, at any rate the schema was communitarian. Yet, exposed to the forces of global capital and history, all of that vanished like the bubble on which it was built”

“Critics have repeatedly and stereotypically described my photographs by saying that they reveal Tokyo’s chaos. They are still saying that, to my amazed disgust, but I have never once had that intention when taking a photograph. Unable to shoot the city as a whole, I have tried instead to construct an image one shot and one slice of film at a time.

I have no particular liking for confusion or complexity per se. I feel no nostalgia for the confusion and disorder of scenes that have disappeared. What I shoot are material realities that cannot be wholly reduced to the discourses of urbanism, culture, or art. Power lines, signs, and the skeletrons of buildings in the process of being demolished exist as material realities and structures right where we see them, and comprehended conceptually or owned by someone’s mode of expression”