HomeCityThe city as a waiting room 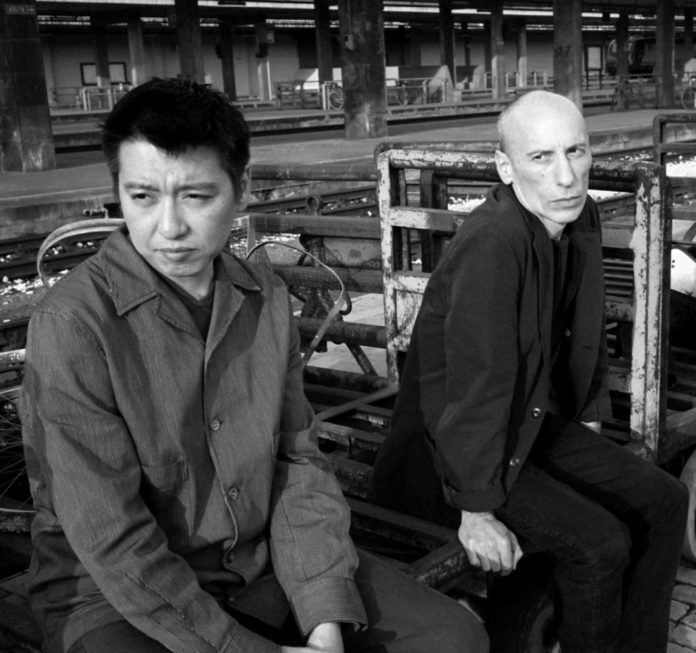 The city as a waiting room

Milan the global, Milan the traditional. Sounds of hit-and-run fashion shows, rowdy parties organized during the Furniture Fair, rare bars where you can still hear songs in the all-but-extinct local dialect, squats where improvisation still has a home, while sound seems to have been pratically forgotten in the city’s museum and artspaces.

Milan looking for an end to inertia in its litle “Zero2” (Milan’s “Timeout”). Lots of people just give up and leave, others arrive.The city as a waiting room, hoping for a new postwar atmosphere, seen by two musicians who came to Milan to live by choice, or maybe for love, or maybe just by chance.

Gak Sato (Tokyo, 1969) and Steve Piccolo (New Hampshire, 1954) are two pillars of the Milan music scene. A Japanese and an American by the canals of Leonardo da Vinci, global artists who at this point can say that they’ve been inventing sounds and performances for decades.

Last time I saw them was at the gallery Corso Como 1: Steven and Gak were accompanying poems read by Gerard Malanga, the renowned Warhol collaborator. An unforgettable reading that felt like New York, or the Factory, or maybe just Milan.

Steve made music history with the Lounge Lizards, together with John and Evan Lurie, Arto Lindsay and Tony Fier. Then he left New York and came to Europe to make new music and, eventually teach something called sound design.

Why Live in Milan? No reason actually. “The most important choices you make in your life are the ones to which you devote the least reflection and study: getting married, where you live, that sort of thing. They just happen, if you think you know why, you are just kidding yourself,” says Steve.

You watch him and think that maybe it’s not so important where you live, but to live that place to the fullest, observing it, leaving some sign of your passage.

For Gak the story isn’t so different, but maybe it all seems stranger: to live in a city where there is no japanese community, no cultural, visual or musical events connected to his country.Gak got here in 1991 and practically hasn’t left since. Keyboards, electronics, theremin. As a music producer, after his debut with Post-Echo he launched Temposphere, the contemporary music label of Right Tempo Records in Milan.

How did he meet Steve? “By chance…we played one gig together and that was the start of our expeditions.” The splendid CD Expedition, featuring Gak with Steve and Luca Gemma, in 2004, is a record of electronics, samples of melodies from the past, sounds stolen from the city. The street as a stage.

Interview with Steve Piccolo and Gak Sato by Corrado Beldi