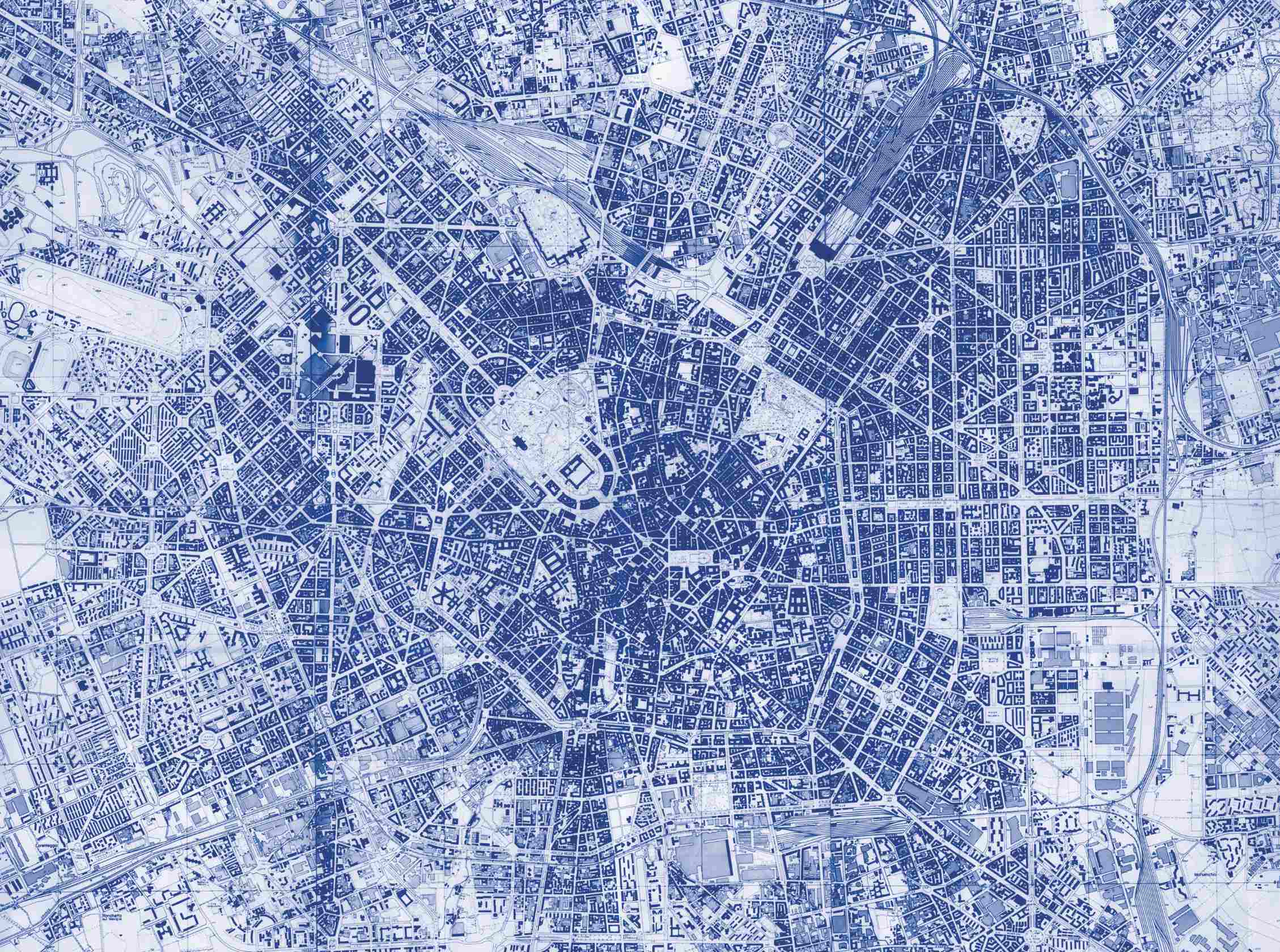 A city of anonymous people who do not wish to make a show of themselves. M.M.

MAURO MANFRIN – Milan is an unusual city for Italy, the bel paese strewn with ancient historic city centers, extraordinary landscapes and beautiful buildings. There are very few such traces in our city. To know it well we need to unearth its characteristics which are hidden in the same way as, for example, the courtyards of Milanese houses.

As an urban center with many economic interests, and a free and independent social status, Milan has always been in the avant-garde of scientific and intellectual research, but it is also, without a doubt, a city of anonymous people who do not wish to make a show of themselves. Milan appears as an ugly city, but it holds precious traces of the past and strong signs of new trends, particularly in the large urban projects which are about to be realized and new parts of the city bearing the signature of many international architects.

In Milan, there are spheres of excellence which have very strong international contacts, but that do not interact with each other. S.B.

STEFANO BOERI – Milan is an extraordinary city. It is unique because it plays host to so many different people, and it does so without ostentation. Milan has a mysterious ability to play host to these assets without showing them off. You can consider it in three ways: firstly, when you look at it from above while arriving by plane you see this huge expanse of buildings: the extended city. I shall say no more on the matter, but it is an impressive reality, made up of many small towns, an urban continuum extending from the northern lakes until the area south of Milan: an enormous megalopolis.

Then there are the historical areas of productivity, small and large factories that have generated great socio-political transformations: industry at the expense of land, the detached house indicating social status and strong economic wealth. Milan has always considered itself the capital of this system, which it has nevertheless been unable to govern because it is too large. Every day nine hundred thousand cars enter the city. These “city users” double the population in the morning and evacuate in the evening. The bypasses have become internal roads, and the new outskirts are around the central areas of the city: piazza Lodi or piazzale Loreto, places which the large traffic arteries flow into.

The most interesting nightspots and the spaces connected with contemporary art spring up around these areas of vitality. And then there is the third way of seeing Milan, that is as a real archipelago. From this point of view, the city is fascinating: a system of clearly delineated islands which do not communicate with each other. Around Palazzo Giustizia there are lawyers’ offices and in via Novara there is IT. You then have Città Studi and Bovisa, the two major university centers, and there are at least three burgeoning fashion centers. They are spheres of excellence which have very strong international contacts, but that do not interact with each other.

GIACOMO BORELLA – If, on the one hand, all this is true, on the other we should say that Milan remains a very arid city, where the standards of living are constantly deteriorating. We should remember not only that it is one of the most polluted metropolis of Europe, but that it is also one of the cities which has done the least to change its urban model. That is to say, in which there are the fewest prospects of change. There is a truly negative interaction between administrators and inhabitants. I mean, for example, that if a city council were to introduce drastic measures to limit the use of private cars, it would certainly lose the following elections.

The rhetoric of competition and excellence does nothing to prevent the barrenness of Milan. G.B.

GB – I nearly forgot to say the only thing I am really convinced of, and that is that the rhetoric of competition and excellence, to which the media and opinion makers attach so much importance, does nothing to prevent the barrenness of Milan. I will give you an example: there are countless excellent restaurants in Milan; there are likewise many horrendous sandwich bars with radios playing background music. What is impossible to find are places where one can eat something ordinary but decent, the equivalent of the “train” of the past. These are, for me, the indicators of the civilization of a city.