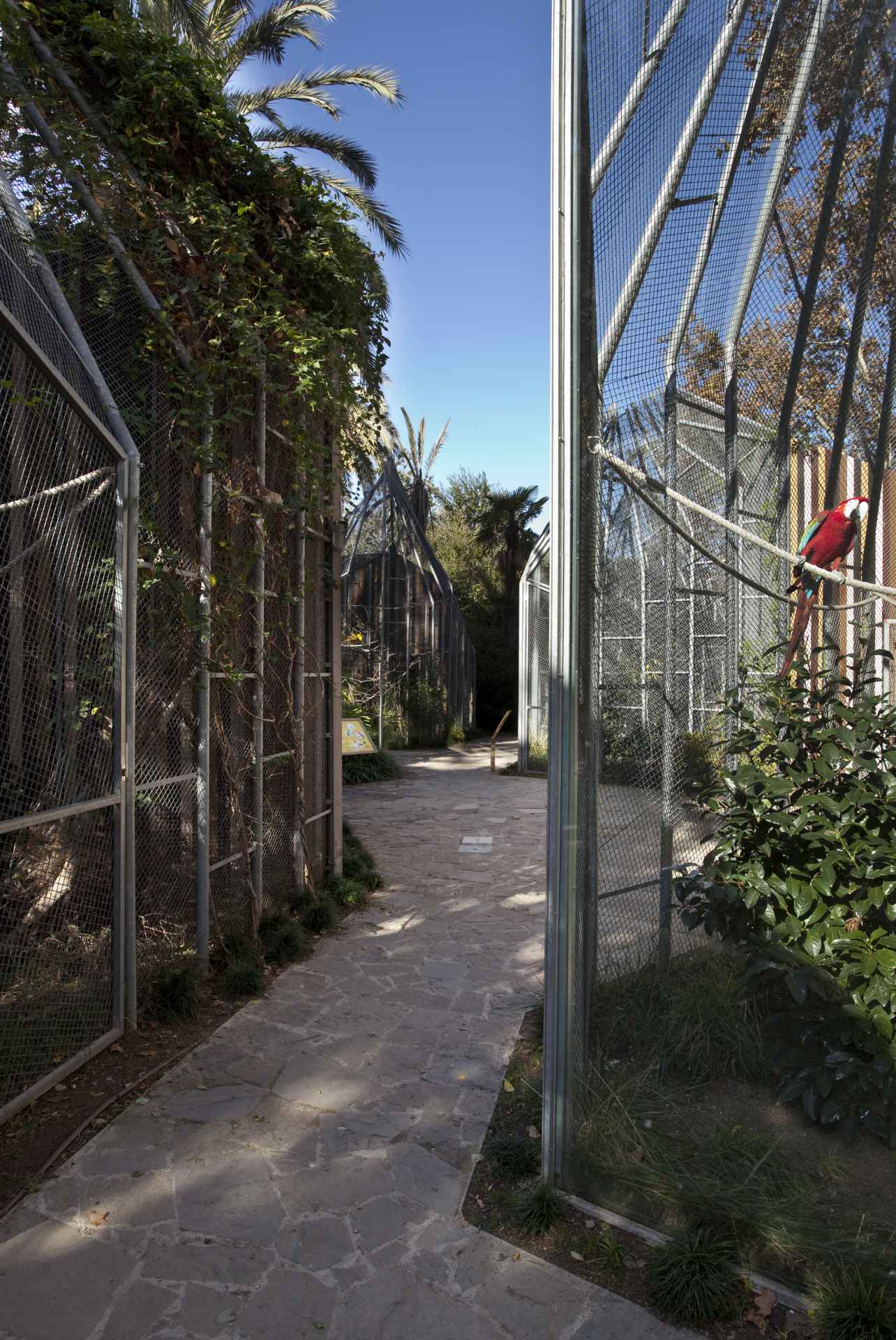 The architecture of Barcelona appears in all possible guises throughout the city – either explicitly or not: Rambla, Pedrera, Beaches, Forum… an architecture which has come on stage, on spectacle, and becoming overtime the undisputed main character. Barcelona has been advertising itself as a model, as a brand, with architecture as one of its main qualities.

Barcelona has focused around Antonio Gaudi’s architecture a series of works, public spaces as well as buildings, with the purpose of vitalizing the architectural tourist destination it has become. There is no need to expand on this as it is obvious from the long list of outstanding buildings designed by architects from around the world that have found space in Barcelona.

Simply because animals and architecture have become intertwined, something that truly illustrates well the architectonic and urban practices of this city with an unconditional devotion towards tourism.

Creating a building for ababdoned animals

The latest of these manifestations of animal architecture is embodied by the architectural competition launched by the city council at the mountain site of Montjuïc in order to promote a refuge for abandoned pets. Supported by a generous budget and a total area that, if divided by the number of animals cared for, gives a ratio of 40 m2 per pet, the figure is even greater than the floor area of apartments for young people developed by the Public administration in the metropolitan area. In this case, architecture is the core of the competition, given that these kind of proposals can be used to advertise something that lacks the necessary common sense, and where the problem which caused it could be easily solved by renting and adapting any agricultural facility near Barcelona. Instead of pretending to teach a civic lesson by creating a building for abandoned animals, one should rather demonstrate civism by not abandoning pets at all. It works out to be as instructive as designing a more comfortable electric chair.